The Affordable Care Act should be repealed in August and replaced with a new system that lifts national consumer protections and gives control of health care to the states, according to a proposal by a conservative group released Tuesday.

The proposal risks irking centrist Republicans who want to focus on other subjects. Republican leaders have said they have no appetite for another push to repeal the ACA before the November midterm elections unless such a bill clearly has the votes to pass.

Republicans faced a series of obstacles—including internal division and unified Democratic opposition—as their effort to repeal the ACA collapsed last year. There is little evidence those dynamics in Congress have changed.

Still, the proposal’s release reflects the continuing eagerness of conservatives to topple the ACA, a longtime Republican promise whose window could close if Democrats make gains in the midterms as expected. But right-leaning groups are already at odds over the proposal, which drew swift condemnation from some organizations that said it retains too much of the health law’s spending.

Advocacy groups that support the Obama-era health law also went on the attack. “Republican politicians should denounce this new effort, end their war on our health care, and get to work on bipartisan solutions to bring down costs and protect our care,” said Brad Woodhouse, campaign director of Protect Our Care, which backs the ACA.

Under the conservative plan, states would receive ACA money in the form of block grants to help low-income consumers buy coverage. Health savings accounts, which let people set aside tax-free money for medical expenses, would be expanded. Insurers could give discounts to people who are young or maintain continuous coverage.

The proposal, which echoes provisions of a bill offered last year by Sens. Lindsey Graham (R., S.C.) and Bill Cassidy (R., La.), comes from the Health Policy Consensus Group, which includes representatives from such conservative think tanks as the Heritage Foundation, American Enterprise Institute, Galen Institute and the Manhattan Institute. The group has been meeting weekly for nine months.

The Hoover Institution on Wednesday will host a coalition of think tanks and governors, including Republican Gov. Matt Bevin of Kentucky and former GOP Sen. Rick Santorum of Pennsylvania, in Washington to discuss the proposal.

Centrist Republicans, however, haven’t been pushing a new repeal effort as part of their campaigns, especially as polls suggest the health-care issue is favoring Democrats more than in recent elections.

“Moderate Republicans are like, ‘Can’t we just let this go?’” said Simon Haeder, assistant public policy professor at West Virginia University. “It puts them in a terrible spot. They’re in a situation where if they don’t go along with them, they have to worry about making it through a primary, because these groups are well-resourced.”

Democrats face their own divisions over health care, with some liberals pushing for a sweeping “single-payer” plan and others arguing for a more limited option, such as an expansion of Medicare, that may be more palatable to centrist voters.

The block grants would be the backbone of the conservative plan. Half of the grant funding would go toward supporting the purchase of private health coverage, and half toward helping low-income Americans get coverage, although the two categories would likely overlap. The grants would ban states from using the money to fund abortions, according to the draft proposal. Medicaid expansion would also be repealed, and people on Medicaid would be able to buy private insurance coverage.

“The solution to the problem is to put program direction to states, and the federal government provides resources in a defined way,” said Yuval Levin, vice president at the Ethics and Public Policy Center. He is part of the group making the health-care proposal.

Liberals say moves to reverse the ACA, also known as Obamacare, hurt consumers by weakening or removing health coverage from many people.

The conservative groups argue that this could be Republicans’ last chance to deliver on the eight-year GOP promise to end the ACA. That is a better electoral strategy, conservatives say, than moving toward Democratic positions or changing the subject.

The latest plan is one front of a continuing assault on the ACA by Republicans and conservatives in the aftermath of the failed previous effort to repeal it. While the Justice Department has asked a court to toss out key provisions of the health law, the 20 GOP state attorneys general in the lawsuit want the court to end the law altogether.

Some Republicans, including Sen. Ron Johnson (R., Wis.), have voiced interest in a repeal, and others have talked about passing a health-care package in coming months. Health and Human Services Secretary Alex Azar, in testimony last week, said he would work with Congress should lawmakers decide to modify or repeal the ACA.

Medicare is complicated, so it’s no surprise that nearly 75% of adults over age 50 say they wish they understood the coverage better, according to a recent survey by Nationwide Retirement Institute. What you don’t know can cost you.

For example, 53% of older adults don’t know that there’s a cost associated with Medicare Part B, according to the survey of 1007 adults over age 50 with household incomes of at least $150,000. In fact, beneficiaries pay a monthly premium for Part B, which pays for outpatient services like doctors’ visits. The standard Part B premium is $134 a month; those enrolling in Medicare for the first time in 2018 will pay this amount if their income is $85,000 or less for an individual and $170,000 or less for a couple. Those with incomes above this threshold will pay more. The annual Part B deductible is $183. (Part A, by contrast, is free on a monthly basis to most beneficiaries but does come with deductibles.)

Another potentially costly mistake is believing that Medicare will cover your long-term care costs. Medicare covers nursing home care only for rehabilitation and other limited circumstances. It doesn’t cover the kind of long-term care that most elderly Americans need, which is help with activities of daily living like bathing, dressing, and eating.

Medicaid does cover long-term care costs, but only for people who have spent down their money and meet strict asset and income criteria that vary by state. Some 42% of affluent older adults with children say they’d give away all their money to their kids so they can go on Medicaid, according to the Nationwide survey.

There are a couple of problems with this strategy. For starters, Medicaid has a five-year “look-back” period, where the government can scrutinize all of your financial transactions for 60 months leading up to your Medicaid application, and certain transactions can jeopardize your eligibility. Generally, the government will be paying particular attention to gifts made to anyone other than your spouse, including outright gifts and also sales of items for less than fair market value.

Secondly, you don’t have the final say over your care when you go on Medicaid, and most retirees report a desire to maintain control over their circumstances. Giving away your assets is “the last thing you’d want,” says John L. Carter, president of Nationwide Retirement Plans.

Bottom line? Understanding Medicare costs can help you make a more realistic retirement budget. Learn more about Medicare in the government’s official handbook. The Medicare office is also on YouTube if you prefer to get your information that way. Calling SeniorQuote is also a great option to help you understand Medicare and how to save without spending hours and hours researching it yourself.

Original Article Written By Elizabeth O’Brien, And Taken From time.com/money/

Alterations to the original article have been made for reposting on SeniorQuote.com blog. 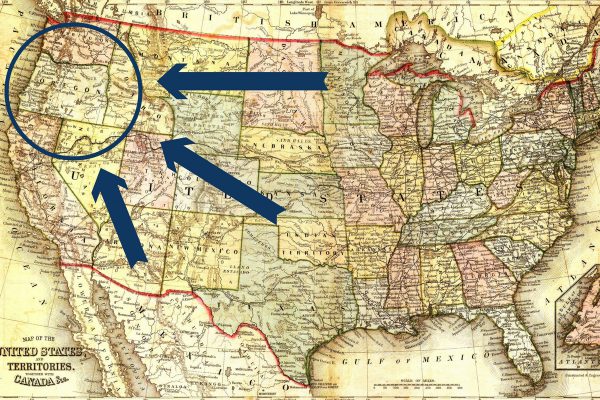 New Census numbers show the retirement-age population is growing in all corners of Oregon. No county, urban or rural, is spared.

While Oregon is following the national trend, driven by the aging baby boomer generation, Oregon’s 65-and-older population is growing faster than the nation as a whole. Oregon is also older on average; the median the median age is 39.3 years, compared to 38 for the U.S. as a whole.

Oregon is a retirement destination. Portland has for decades attracted more 40-and-older, college-educated people than any other major metro.

But the majority of the growth comes not from migration, but from Oregonians aging in their home state.

The senior boom, though long anticipated, will put a serious strain on Oregon communities’ healthcare and housing infrastructure, and it could have serious implications for the state’s economy.

Across the state, there’s a major shortage of housing suitable for senior citizens. Most seniors live independently, not in nursing homes or other facilities, but few homes are designed with their mobility needs in mind, said Alan DeLaTorre, a researcher at the Institute on Aging at Portland State University.

“We’ve been building assuming that we’re not going to grow up and grow old,” he said. “We assume that we’re going to be the same age that we were when we bought the house.”

And once seniors hit 75 years old, the likelihood they also have disabilities increases dramatically.

“The need for long-term care is high,” DeLaTorre said. “There’s still this need to take care of people in non-independent settings.”

Rural areas will feel the need even more acutely. Many have already seen an exodus of working-age residents, who have fled to job centers in more rural areas. That’s left retirees to care for themselves, and those in remote areas will find it more difficult to access services.

The aging population will also have an effect on the state’s economy for years to come.

The wave of retirements will likely put a damper on productivity, including job and wage growth. The state will be more dependent on young workers moving from elsewhere to keep the economy growing, said Josh Lehner, a state economist.

“You’re losing workers with a lifetime of experience and expertise,” Lehner said. “You’re losing those really productive workers, but it also could mean plenty of opportunity for growth, for employees moving up the ladder.”

There might be less tangible benefits to an aging population, too, said DeLaTorre. There’s little known about the affect retirees’ lifetime of accumulated wealth can have in a community in the form of charitable contributions, for example.

And the improving health of the aging population means more retirees remain active, perhaps volunteering in their communities.

“We frame aging in this negative, declinist kind of way, but there’s a lot of benenftis that occur from the aging population,” said DeLaTorre. “Older adults are one of the few increasing natural resources we have. How are we able to leverage that?”

To see the breakdown of each county in Oregon according to their increase of 65+ individuals moving in since 2010, check out https://www.oregonlive.com/expo/news/erry-2018/06/a13f685ef71978/oregons_aging_counties.html