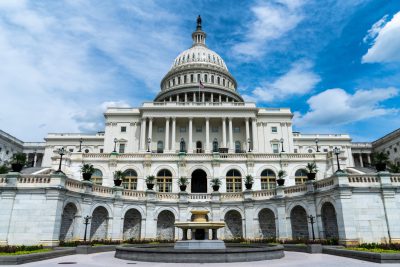 The Preventing Addiction for Susceptible Seniors (PASS) Act of 2018 (H.R. 5773), sponsored by Chairman of the House Ways and Means Health Subcommittee Rep. Peter Roskam (R-Ill.), is an amalgamation of multiple previously introduced opioid-related bills, including provisions of the Standardizing Electronic Prior Authorization for Safe Prescribing Act (H.R. 4841), which was originally introduced by Rep. David Schweikert (R-Ariz.).

Health IT Now’s Opioid Safety Alliance, a working group of prescribers, dispensers, professional societies and patients advocating for the use of technology to fight the illegitimate use of opioids, applauded the House passage of the PASS Act.

“Electronic prior authorization (ePA) is already working in the commercial market to streamline PA claims and ensure legitimate beneficiary access to prescribed medications while preventing misuse and abuse of medication under PA, such as many opioids. It is only common sense that we would finally bring this same technology into the Medicare space,” said Joel White, executive director of the HITN Opioid Safety Alliance. “Health IT Now’s Opioid Safety Alliance thanks Representatives Roskam, Schweikert and our many other champions on Capitol Hill for their work to secure House passage of this important solution and urges the Senate to quickly follow suit.”

Last month, the Electronic Prior Authorization in Medicare Part D Act was introduced in the Senate by Sens. Pat Roberts (R-Kan.), Tom Carper (D-Del.), and Chuck Grassley (R-Iowa), calling for the use of ePA through a common electronic system so that patients can receive faster access to alternatives to opioid medications for chronic and acute pain, as well as improved access to medication-assisted treatment to treat opiate addiction.

In addition to electronic prior authorization, the legislation includes several other provisions meant to combat the national opioid epidemic.

Another provision requires the Secretary of Health and Human Services on an annual basis to notify high prescribers of opioids and furnish them with information about proper prescribing methods. The PASS Act also requires the HHS Secretary to establish a secure Internet portal to allow HHS, Medicare Advantage plans, and Medicare Part D plans to exchange information about fraud, waste, and abuse among providers and suppliers no later than two years after enactment.

The legislation also requires organizations with Medicare Advantage contracts to submit information on investigations related to providers suspected of prescribing large volumes of opioids through a process established by the HHS Secretary.

If you are curious as to whether or not you are paying the lowest possible amount for your Medicare and supplements, give SeniorQuote a call for free, and a licensed technician can see if there are any money-saving programs you are missing out on!

More than four in ten people over the age of 65 rely on a monthly Social Security check for 90 percent or more of their income. Not surprisingly, large numbers seek help each year to manage rising health care costs. Based on more than one million customer service calls fielded in 2017, eHealth, Inc. (NASDAQ: EHTH) (Medicare.com and eHealthMedicare.com) has identified the three money-saving opportunities most commonly overlooked by lower-income Medicare beneficiaries.

If you are interested in potentially saving significant amounts of money, SeniorQuote is committed to educating Medicare beneficiaries about coverage options and cost-saving opportunities.

As Medicare begins to mail new ID cards to its 60 million members, more than three quarters of them know little or nothing about the initiative to use newly assigned ID numbers in place of their social security number (SSN) as their identification, a new AARP survey reveals.

In addition, 6 in 10 believe they might have to pay for the new card (they don’t), according to the survey. That belief could make them vulnerable to scam artists.

In April, individuals new to Medicare began receiving the updated card, which displays a unique combination of 11 letters and numbers, rather than a beneficiary’s SSN. Replacing cards for current beneficiaries is a year-long process that began in May. (To learn more about when your card will arrive, go to Medicare.gov/NewCard.)

Scammers posing as Medicare representatives are already calling beneficiaries demanding a processing fee. Other fraudsters are telling beneficiaries that they are owed a refund from transactions on their old card and then asking for bank account information to process the reimbursement. Medicare will never ask an enrollee for a bank account number, and no refunds are owed.

AARP’s Fraud Watch Network provides more prevention tips and advice on many types of scams, including those involving card replacements. Consumers can also sign up for “Watchdog Alert” emails to get regular updates on new scams.