Affordable Care Act: 45 Counties in the United States are losing carriers, while others are losing options.

Since its passing in 2010, the Affordable Care Act has been a point of contention among not only Democrats and Republicans, but the public and private sectors of the health industry as well, specifically between the legislation itself concerning the converge it mandates and the insurance companies themselves who provide care.

In recent months, however, the profitability and logistics of providing coverage in some areas of the country has proved tumultuous for these companies, to say the least. As a result, they’ve decided to start pulling themselves out of these areas, effectively ending their commitments to provide coverage to the individuals who reside there.

This has opened a massive void in the states of Ohio, Missouri, and parts of Washington state, where a cumulative of over 45 counties will have no medicare provider under the Affordable Care Act. This puts thousands of people at risk of having no insurance, and with the recent blackouts, leaves approximately 3 million other citizens in 1,388 counties with only once choice in provider.

This is a huge problem, according to research done by the Robert Wood Johnson Foundation and Urban Institute, as most counties with only one provider are subjected to sometimes lackluster coverage and a more narrow variety of options and plans to choose from.

Although most American receive their insurance from a private resource such as work or government programs, 22 million people buy their policies directly from Obamacare, leaving a huge gap in coverage when insurance companies decide to back out of markets. Conversely, those who buy plans directly from an insurer or broker, will not be effected by these changes.

With the turmoil in the capitol spinning the heads of insurance providers, the market seems unsure in terms of what policies and carriers will be available to consumers in the 2018 fiscal year. With an estimated 10,000 citizens turning 65 every day, the issue of coverage and provider in the limbo between the repeal of the Affordable Care Act and the implementation of the American Health Care act becomes more pressing with each passing week leading up to open enrollment.

Information in this post was provided by the New York Times in an article published on June 13th, 2017 as well as ZeroHedge 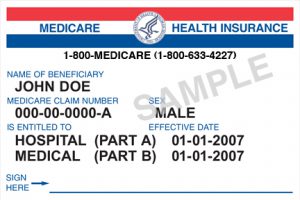 Have you ever complained about having your SSN on Medicare card?

If so, recent decisions by those in charge of Medicare may have you excited.

Since it’s inception, medicare ID’s have coincided with the recipients social security number. The decision has been made to change the formatting of the highly contentious cards to exclude an individual’s SSN, coming as a much needed change to policy which many senior groups have advocated in factor of for years on end.

For years, seniors have been prey to identity theft due to the amount of personal information, such as their SSN, that they’re required to share with health care professionals and insurance providers. This change attempts to curb these transgressions and make the medical industry safer for those over the age of 65.

Government officials have stated that they are on track to have a completely overhauled identification system in place for medicare recipients, in which the social security number that has been used previously is replaced by a randomly generated identification number.

The new form of identification, dubbed MBI (short for Medicare Beneficiary Identifier), will be rolled out in full by the year 2019. Along with that, medicare has set up a website to inform recipients about the changes here.

Donald Trump, presumptive Republican presidential candidate, has stated numerous times that he would not cut Medicare benefits to seniors. He has repeatedly said that the way to solve our Medicare problems is to “build a great economy”. This is in direct opposition to Hillary Clinton, presumptive Democratic presidential candidate, who has repeatedly stated that the way to strengthen Medicare is to reduce health care costs. Her solution is to ” ask the wealthiest to contribute more”.